We asked Leo Durand, Managing Director, about innovation in naval technologies, collaborating with tkMS on the Brazilian project and Military-off-the-shelf products. 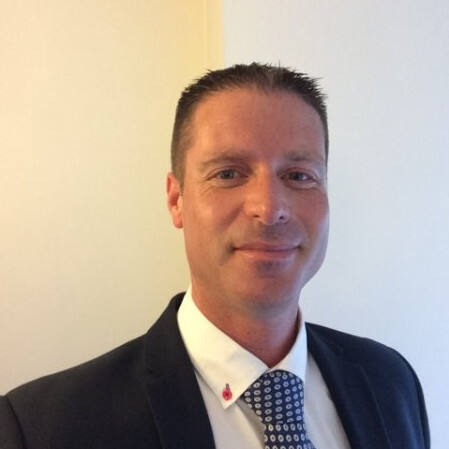 Durand's career path led him from ship to shore: following Zeevaartschool (naval school), he worked as a helmsman on commercial ships, after which he transitioned to on-shore projects and subsequently worked as Sales Manager/in International Sales for various maritime suppliers. His job also meant securing business through lobby, which allowed to him visit many places all over the world., Durand visited places all over the world for business.

What does Van Halteren Naval Technologies do?
Van Halteren Naval Technologies (VHNT) is part of the Van Halteren Group and is originally a family-owned business, hailing from Bunschoten-Spakenburg. As of now, we have grown into a company of 400 employees, active in different kinds of industries. Because of our offer of impellers, vehicle maintenance and simulators we are an important partner for the land forces. In 2015 Van Halteren took over what used to be Stork Special Products to broaden their scope, which included for example the maintenance of the transmission of motors and other vehicles. This acquisition also meant we gained a maritime department, which used to be Stork Bronswerk from Amersfoort. In its glory days, Stork Bronswerk was the main supplier of HVAC-systems aboard navy ships. The maritime department, which is now called Van Halteren Naval Technologies, was initially operating as a sole business unit within the Group. However, VHNT has been an independent private company for over a year now. Despite the pandemic, this first year has been our best year to date. This included a great project with thyssenkrupp Marine Systems in which we delivered special cooling units and chiller units to the Tamandaré-class frigates in Brazil.

What is your specialty?
At Van Halteren Naval Technologies, we are specialized in custom-built designing, building, installing and maintaining HVAC&R (Heating, Ventilation, Airconditioning, Cooling & Refrigeration) equipment for military applications, from surface vessels to submarines. We work closely together with navies worldwide and all the main ship wharfs, of which tkMS is one in Europe. Sometimes a standardized vessel is not the best fit in every case because of space, weight or performance – which is why we design custom solutions. Upgrades and optimization are also part of that. An example of this is that we facilitated the upgrade of the Dutch Walrus-class boats with new special cooling units. Special cooling units are crucial onboard any boat because if they are not working properly, a boat simply cannot not leave the dock. Complex projects with high technical demands are what we handle best. We mainly focus on long-term projects. It is essential to possess the technical qualifications as a company before some of these projects are even born. That is because you must make the initial makerslist before a project is up and running.

“Despite the pandemic, this first year has been our best year to date. This included a great project with thyssenkrupp Marine Systems.”

Is there room for innovation in your area of expertise?
When it comes to shipbuilding, especially submarines, the technology is very conventional. The integration of all the equipment on a boat must be done very precise because everything is connected: from the weight to the dimensions, power consumption, sound, magnetism, shock and vibration. Preferably, the ship manufacturer only uses proven technology because the boat cannot move unless every detail is on point. Innovation in submarine construction therefore moves at a slow pace. The end user is usually interested in innovative products; the manufacturer, however, does not want to take the risks. Nevertheless, we do continue to seek new possibilities for innovation. Our new special cooling units come with a great deal of benefits: because of the magnetic layered oil-free compressor that we use, we can solve many of the previously stated problems. This of course is interesting for a ship wharf such as tkMS, which is one of the reasons we collaborate with them on the frigates-project in Brazil. Magnetic layered oil-free special cooling units have become the new standard for marine ships, especially for the higher segment such as frigates and submarines. The Zeeleeuw, one of the four Walrus-class submarines, has been operating successfully for more than five years now with this specific technology. If we were to ask a crew member on board about the special cooling units and they do not know what we are talking about, that means we are running our business well.

How does this translate into the collaboration with tkMS and the new submarines?
It has been said that the Dutch government wants to purchase military-off-the-shelf (MOTS) boats. The idea is that buying a standardized ship would be economical. This is true in a way, but it would mean less budget for innovation. It will be interesting to see what the Dutch government will decide regarding the tender. When that time arrives, we will probably be there in the end race because we have done our homework and are technically qualified for the part. With projects like these it is crucial for a supplier to position themselves as a specialist when the project is just in the early stages.

< Back to Dutch Partners